Physical phenomena form(s) the fundamental basis of AR Situated in, and aligned with, the physical world. 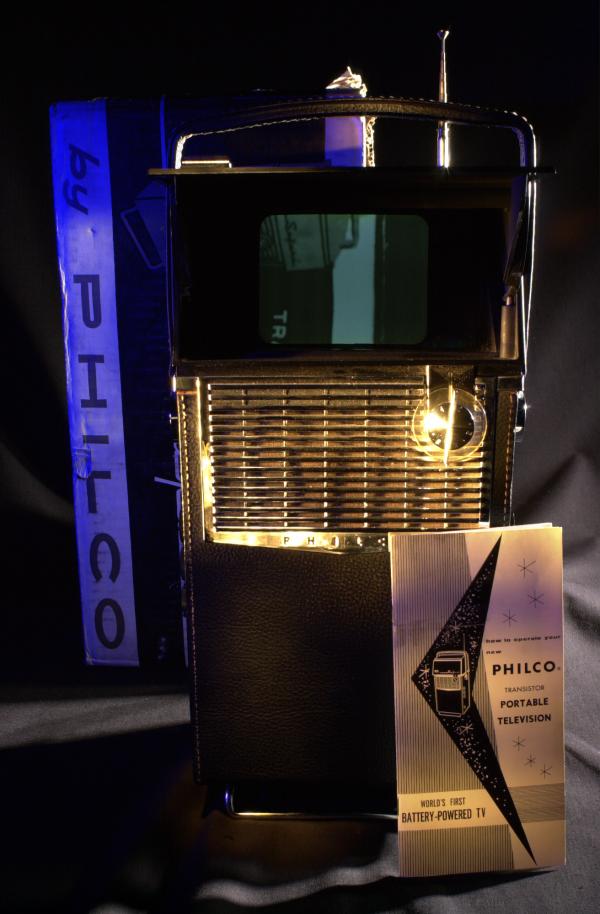 The Philco HMD was part of the Philco "Headsight TV Surveillance System" and was mounted in a building, not portable or wearable.


is wearable AR that lets the wearer AND OTHERS in the vicinity see radio waves, sound waves, and other real-world phenomena situated and overlaid onto the real physical world.

It is incredibly simple: AR from light bulbs, amplifiers, switchers, and sensors. It was invented and built by S. Mann at the age of 12, in the basement of the York Radio and Television repair shop in Hamilton, Ontario, where he volunteered as a child repairing and learning about televisions. In its simplest form a light bulb is connected to a "PHENOMENAmplifier", a device that amplifies real-world phenomena with sufficient gain, and sufficient power to drive light bulbs directly.

(Steve Mann, PHENOMENAmplification as a visual art form in the 1980s)

2000, Mann, Desjardins, and Spence: Implantable Camera System for the visually-impaired

Fundamental Principles and Concepts of AR

What was unique about Mann's system was that, although still very cumbersome, the components were portable and body-worn, thus introducing the concept of sousveillance (inverse surveillance, i.e. "SUPERPOWERS TO THE PEOPLE"). With PHENOMENAR, Mann could wander around the city streets and map out the otherwise invisible world of radio waves and television signals from hidden surveillance cameras, and not only see the radio waves, but visualize the vision from the cameras ---- metasensing ---- seeing sight and visualizing vision.

Mann's S.W.I.M. (Sequential Wave Imprinting Machine) formed the basis of his portfolio for admission into the MIT Media Lab where he founded the MIT Wearable Computing project as its first member (link), in the words of the Media Lab's founder and director, Nicholas Negroponte, "Steve Mann Persisted in his vision and ended up founding a new discipline".